Here’s a little history on US Silver Coins. From the founding of our country up through 1964 our coinage was made of silver or gold. Most of our silver coins minted for circulation were made of 90% silver.

Here’s a list of Circulated US Silver Coins that are valuable:

United States Silver Dollars were First minted in 1794 as authorized by The Coinage act of 1792. Silver dollars were minted from 1794 to 1803.

In 1834 a few silver dollar coins were minted, and marked as 1804, as officials realized coins minted in 1804 were marked as 1803. These were used as gifts for foreign officials. Only 14 of these are known to exist. These early silver coins are rare collectibles prized by coin collectors.

Once our coinage turned from silver to fiat coins, the real silver coins began to be snatched out of circulation by stackers, hoarders, and investors as an investment, or a hedge against coming inflation. 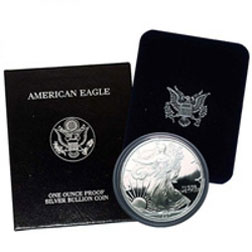 In 1985 the Congress passed the Liberty Coin Act authorizing the US Mint to begin minting American Silver Eagle Bullion Coins beginning in 1986, and on up through the present day. This was done to allow the average person the opportunity to once again invest in, and own silver bullion. They are marked as $1.00 coins, but their silver value is much higher.

I work Monday through Saturday by appointment.


I serve the communities of Prescott, Chino Valley, Prescott Valley, Camp Verde, Cottonwood, Surprise, Payson, Wickenburg, Cave Creek, Anthem, Phoenix, Wittman, and Sun City, Az. if you are in or visiting Prescott, just stop by to sell your gold.